California Here I Come Without a Banjo on My Knee

Though I just returned from the Bay area where I did a small class with a group of writers from the West Coast Songwriters Assoc., along with some live one-on-ones, I find myself returning to the Golden State for the Durango Songwriters Expo in Santa Barbara (Santa Ynez, actually) from Feb. 28-Mar. 2.  Should be great fun with terrific live performances from some of Nashville's best performing songwriters.

Then...it'll be a night for the LA chapter of NSAI on Sunday, March 3 in San Marino starting at 6PM.  For details, visit the chapter facebook page at facebook.com/NSAILA. I'll also be available for one-on-ones on the 4th and 5th in North Hollywood.

Then...it's a night in the Valley of the Sun.  I'll be in Phoenix on the 6th for an evening with the Arizona Songwriters Assoc., after which I'll be available for more one-on-ones through the 12th.  Of course, a few afternoons will be spent cheering on my Seattle Mariners and scouting players for my fantasy baseball team, The Pretty Bleakers, who will strive to not live up to their name.

I hope I see some of you.  Please say hello.

YNKWYFTM  (You never know where you'll find the magic).

Steve
Posted by Unknown at 10:18 AM No comments:

I don't know about you, but I have had quite a busy month to kick off my new year.  I've been back and forth to the west coast several times, visiting with family and friends, and working with some great writers. I am also getting ready for the Virtual Music Conference, which you should definitely check out.

I would like to remind the songwriters out there that if you would like an individual one-on-one song evaluation or mentoring session ("one-on-ones with Steve") I would love to listen to your music and help you in any way that I can. Please contact me and we can find a time- either in person, by phone, or on Skype.  I am excited for what this coming year will bring for the writers I am working with.

I want to end this little post with a bit of inspiration for the start of your new year - to be applied however you see fit in your life.
As I always say, "You never know where you’ll find the magic"

I'm really excited about my friend Vinny's upcoming event through Indie Connect.  This 3-day Virtual Music Conference will be the first ever of it's kind.   Plus I will be one of the featured guest speakers.  Get your tickets now!

Posted by Unknown at 2:00 PM No comments:

Back to the west coast

The West Coast Songwriters Association event in San Francisco was small but mighty.  Turns out it was the first night of the world series, so I was competing with the Giants - literally and figuratively. They won.

Posted by Unknown at 4:10 PM No comments:

What a blast!
The Texas Songwriters Cruise!  Jamaica, Grand Caymans, Cozumel.
Next November it’ll be Honduras, Belize, and Cozumel.  I'm already ready to go. Get your songs and your bathing suit and come join us!  Make your reservations here.  www.txsongwriterscruise.com

This year at the annual NSAI SongPosium, I led three educational classes, talking about songplugging, critiquing and playing demos before they were hits. Over 200 NSAI members came out for the 4-day event! 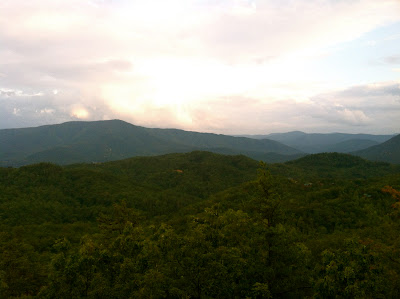 The view from the cabin
Posted by Unknown at 3:53 PM No comments: